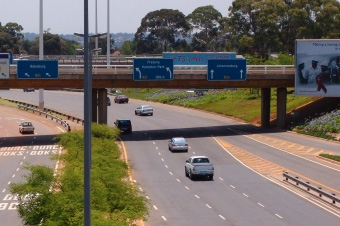 Explore the beaches of South Africa with South Africa car rentals for a unique holiday experience. SA’s beaches are rich in diversity and beauty, extending from the Northern Cape on the west to KwaZulu-Natal in the east.

KZN is on South Africa’s east coast. Warm Indian Ocean waters and golden beaches make this coastline a diver’s nirvana. If you’re going to use South Africa car rentals to explore SA’s beaches, the Elephant Coast is an excellent place to start.

The Elephant Coast is in northern KZN, near to Mozambique. The area is a blend of beach and wild Africa, with much of it categorized as game reserves and marine conservation areas. A 4x4 is usually necessary to get to to the lodges, and there are exceptional diving, game viewing and birding opportunities on this spotless coast.

The Dolphin Coast is sometimes referred to as the “North Coast”, a sweep of land scattered with little towns and seaside holiday accommodation. Bottlenose dolphins are often seen “performing”- racing and leaping out of the water, a delightful event to witness.

The Hibiscus Coast (South Coast) is a very popular place to go on vacation. The beaches are great with safe swimming and are a favourite of families. The area also offers a profusion of highly rated golf courses.

The Eastern Cape coastline is quite unusual. It has a multitude of irresistible beaches, with some beachfront areas being used by the wealthy for their holiday homes while others are still wild and almost inaccessible.

The Sunshine Coast has a mild climate and appeals to well-off visitors with its pretty rivers, lagoons, and beaches. Nature reserves incorporate specific beaches and offer the opportunity for wonderful walks and marvellous birding.

The Wild Coast has yet to be developed and is mostly unspoiled. Impressive cliff faces rise high above the water and unsullied beaches are reachable only by horseback and hiking.

The Western Cape is the most civilised and cosmopolitan province of South Africa. Its magnificent coasts are warm on the east and cold on the west due to being on the Indian and Atlantic Oceans. It’s advisable to hire car Cape Town to tour the Cape coasts as there’s a great deal to do and see.

The Garden Route is an illustrious drive with outstanding scenery. The road runs between the coastline and the mountains with some amazing landscapes. The beaches offer serene, picturesque holidays.

The Overberg Coast is always stunning, but draws thousands of visitors from June to December with the arrival of the whales in the bay. Southern Right, Bryde’s and Humpback whales use the Overberg Coast for breeding and calving.

The Atlantic Seaboard is Cape Town’s “Med”; with long white sweeps of sand, translucent blue water and a spectacular mountain background. The beaches are stylish and people go there to be seen.

The West Coast is untamed with scenic strandveld (beach vegetation), particularly in spring when the wildflowers bloom in beautiful patches of colour. The coast is peaceful and spacious, strewn with a few small fishing villages.